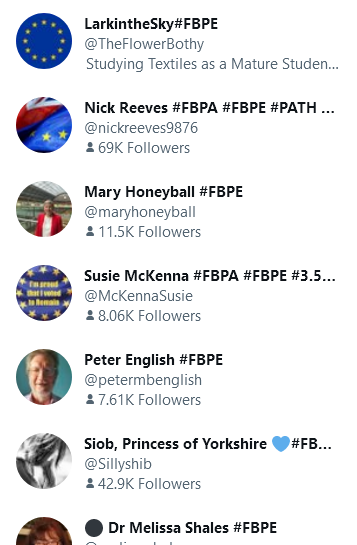 The very very worst thing about Brexit is it created these one eyed monsters. Well it did create two types of monsters but the other type got what they wanted and now generally keep their gobs shut as they suffer the Tory version of Brexit.
I remember what that was like when all I got from Christmas was a cheapo version of decent toys. They also apart on the first use.
Anyway back to the others. If you are keen enough you’ll find them easy on Twitter using the letter #FBPE But be aware these people can turn a discussion about steel wing nuts in a 3 hour epic about Brexit and why them being able to …. well doing anything plus the letters EU makes their life worthwhile.
But the strangest thing of all is these monsters were created not before the referendum when we were having the real debate or shortly after but a full 18 months after. It’s as if they were frozen in ice till woken up. It’s true, the Lie Demons spent all that time banging the drum of Brexit reversal, lost all their gains from their evil pact with the Tories while doing that too. Then one say some bloke invented the letter FBPE (‘Follow Back Pro EU’) and away they went with the fairies.
I’m thinking of doing kind of thing with FOYC