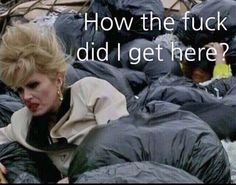 It’s my opinion that Theresa May is running away from EU negotiations. I firmly believe that inside her mind she wants to lose this election and called it out of panic. This is based on her upbringing, her work history and her current election campaign.

Religion gives many people a lot of comfort and reassurance but some people also take from the bible and its preachers what they need to survive. This may not always be what could be described as “normal” or healthy, either for them or those around them. In its extremes this leads to subsets of main churches and cults. At the other end of the spectrum people can act and decide on options based on their exposure to the church but not really be aware of how that affected their behaviour or choices in life.

In May’s case her behaviour is affected by a few things. Firstly her need to be dominant – this is shown in many ways, from wearing often what could be described as fringe S&M clothing to her almost constant disregard to both the law of this country and the European court. Now, anyone can fall foul of the law unintentionally when in high-powered government roles that require hard decisions, so that, in itself, is not unique but Mrs May takes her dominance further. If a court, for example, blocks her, she’ll then want to remove the very law that blocked her. Very early into her time as home sectary she decided the European Court of Human Rights had to go and has been working to that end ever since it said no to her.

The other way her church upbringing comes out is in the way she gives attention. For Theresa’s attention you need to be worthy and one of the ways you get to deserve her attention is to obey her. This is the very reason she went to oversee the house of lords vote on Brexit. She was looking down on the Conservative lords saying “ok, you now have my attention and the result of that attention can be either good for you or bad for you; do as I want or else”.

This also comes out in her attitude to groups of people. For example, she seems to think if you want anything from her you need to be worthy of her attention and in that respect, she thinks if people don’t “contribute” then they are not worthy. If they have expensive possessions, then clearly they have contributed to earn those possessions and so are worthy. These are the “hard working who want to get on.” Everyone else is not hard working or not working at all and are lazy, sitting at home waiting for handouts. Things are very black and white in Theresa’s head – you either deserve her attention or you don’t.

So that sets the background and now we move on to her decision to call an election. This has built over the many months since the referendum vote. I don’t think she really had an opinion to Remain or Leave, she sided Remain because it seemed the right side to be on, so the result meant nothing to Theresa.

Until, that is, it gave her the opportunity to lead the Conservative party. And, let’s face it, for a party that had been in tatters ever since Thatcher was removed, May looked like an ideal replacement, and with the death of Thatcher still fresh in the mind, these people moved pretty quickly to first sabotage the hopes of Boris and then crown Thatcher V2.0 into position.

But Theresa May is not strong strong in the way Thatcher might have been described. Her behaviour is based on retaliation, in an arena where she has mostly got her own way because she’s always been in control. When she is in control she is stable but if she can’t dictate she seeks to remove what’s in her way. In an office as the boss, this is as easy as sacking people, which has been a regular thing in May’s office.

Following her decision to call an election, three personal advisors went. During the election, we are seeing fellow colleges being benched, for example Boris Johnson said the wrong thing and he’s allowed out of his house but word has gone out that the press are not to be told where he is and he’s not doing interviews. Similar is true of Jeremy Hunt more recently, not a sign of him during a crisis in his own department.

And here is another clue to what’s going in inside her head. Finally, after months, we issue article 50, our intention to leave the

EU. Finally, May has time to breathe out and think further ahead to the negotiations. Now, to her, she’s faced dissent almost daily. “Brexit is Brexit” is her “just do it” slogan. Another court case, the votes in both parliament and the house of lords, and at the back of all this are her own party members working against her. But through all of this she could see the end and a way forward where she could be in control. The problem is she failed to keep control, not only did she give way to the court and the parliament votes, but she also had to back peddle on the budget.

So now she moves forward to Brexit negotiations and, very quickly, the thought occurs that this is not a place she is comfortable in. Facing 27 on equal terms, not as the boss of them, no way to command and they won’t be looking for her attention. In fact, she already had the experience of them ignoring her and we all saw those tv images and how embarrassing that must have been for her. Perhaps that experience ran though her mind on a loop during that walk in the Welsh hills – who knows. But what we do know is May won’t be in control. She won’t be able to sack people who disagree, she won’t be able to change laws to get her own way. So what does she do? She has no tools to deal with this. She doesn’t DO negotiation. Her experience has always been to issue an order and it got done. When faced with dissent, it is removed. This is not going to

work here. So what can she do?

Clearly, for her own survival she needs to remove herself, and that’s how we get a panic election on the eve of the negotiations starting. That’s also how we get a standing prime minister unwilling to face live debate. Even questions to her have to put forward in advance. Audiences are very tightly controlled so no risk of dissent there either. This all points to a person running away from conflict, unable to face criticism, not wanting to be in a position they can’t win.

The biggest con we face today is the idea that Brexit will be either hard or soft. The truth is, it was only ever going to be hard,

expensive and painful. I’m not saying it was right or wrong to leave the EU but don’t be fooled into thinking that this is going to be done and dusted in a few years. We face perhaps ten years of half-in, half-out uncertainty, as adjustments are eased into place. It’s a no-win for whoever leads the country into it and Theresa May knows that more than anyone else.