Skripal’s daughter Yulia entered the country a few days before the event 4th March 2018. The investigation of the event has traced their route from the daughter going to the father’s home then into town and lunch at a restraint than a walk to site on a park bench when they became ill. The nerve agent Novichok acts in around 30 seconds so I suggest they suffered whatever they suffered once they got to the bench. But the fact traces have been found at the restraint surely means one of the two had it on them there. Don’t forget no other people have been involved, no onsite suspects yet. Also affected was a police officer and reports of when and how if was affected conflict. He became ill a day or so later and it was reported that it was him who examined the area by the bench and Yulia’s handbag. But later it was reported that he was the first visitor to their home and only after that did he become ill, on this day his car was confascted too. 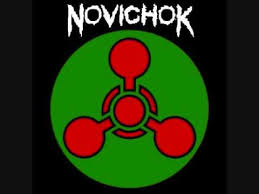 So was it Russia? well the UK government think so and it’s taken them just days to come to that conclusion. What do we know? it was made in Russia. Almost certainly but Russia. But when the old Soviet Union broke up they lost control of some stocks. Evidence of this is clearly available on the internet with documentation of the USA helping Kazakhstan in a clean-up exercise. The is also report of this substance being available in Iraq & China. but the is a few other ways, far less sinister that no one seems to have thought of;

The spy himself or his daughter bringing it in from Russia, Although Russia say they have no stockpiles now having destroyed them. I’m happy to think that’s not true, the UK has it so Russia too has it. Both claim not to. So his daughter could have bought it in, either by her own choice for some reason or by some act by others including the Russian govenment. One thing not known widely is this substance is made to be undetectable and in its unmixed state could easily pass for anything like shampoo & conditioner.

But if that seems far-fetched how about this. When the Russian spy left Russia he either brought it with him or it was secretly inserted in his belonging, perhaps with the intent that later he would unpack it and get infected. Perhaps it lay unnoticed amongst belongings like photos and books etc, the kind of thing we keep in the loft or garage. Perhaps on this day, the family were going down memory lane. Perhaps the took a pile of old photos into town and then to that bench to look at them. Didn’t have to be photos could be anything really even an old coat or handbag recovered from storage either in the UK or bought over from Russia.

It’s a theory, no more. I would suggest it’s a far better Theory then Putin keeping a grudge all these years and striking out now. With that theory we need other people involved, we need to find how it got into the country, who bought and how they escaped. As yet there is none of this so my theory stands up and fits in with what we know. So a link to Russia yes in substance but no link via people or events or even credible guesswork.

< The title of this article is tounge-in-cheek>