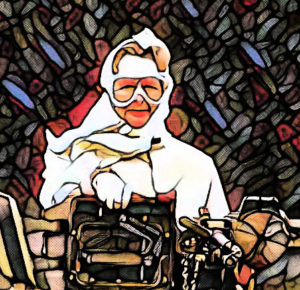 I entered my youth to the sound of Thatcher’s voice on the steps on Number Ten. I didn’t believe her then and all evidence suggests that Tory prime ministers have got worse at ling to the public but sadly the majority of the public have got worse caring about that.

I’m not stupid so yes I grabbed anything that was on offer and still do. I was born poor, the youngest of 8 kids that’s poor times eight and by that time my mother’s husband had died so that’s poor times eight times two. So of cause ideology was and is not affordable at that end of the scale. That’s one reason I for one would seldom condemn people who break minor laws to get that little extras. The temptation for these people is many times great that a wealthy con man might get a fine equivalent to a day’s income where someone on benefits who misses a job centre appointment can get sanction a third of their yearly income and if the are court doing work they’ll lose it all for years. I took the 40 pound a week to setup my own business, worked fine for a while and it was a good idea. It framed my thinking more than anything and soon I wanted to buy my own house. Well the was an 8 year waiting list for council house by then as Thatcher has sold them all off. That perhaps was my second interrogation session, the first being as a kid when Thatcher took away my free milk.

In the end we were paying 16% interest on the house we bought, which by the way was the cheapest one available in the whole of Birmingham which had a roof, £12.750 to be exact. Thatcher had loosened the finance rules, I was new to this – no I knew had ever bought an house before – Upshot was, work dropped off and we could afford the payments. To complicate things we had been sold a low start mortgage with a bubble payment. The torture was unbearable at this time but my tough childhood pulled me though it with some luck. So I didn’t crack although it was the first time & only I had ever prayed.

Then along came Blair, with promised of a socialist revolution. I voted for him he didn’t deliver. Now don’t get me wrong that government did lots of good but they did continue the torture. In effect it was the nice guy coming in after the nasty guy had failed to break you. He claimed to be my friend but in the end he still wanted the same thing. The process went on and on but I only fell for Blair lies once and I would would never vote again till 2015. At that point was was nearly broken. But by now I was well used to the lies and was looking after my own first and foremost. This included moving away from my beloved Birmingham into a small town. I refreshed myself, I went to university as a mature student – again taking advantage of what was offered.

Austerity came in the form of Cameron but by now I had cushioned myself with a well paid job for my partner and me. But anyone with feelings is still open to the interrogation and although I was only really a bystander I felt the pain inflicted by Osborne’s policies.

A glimmer of light in the form of Jeremy Corbyn was snuffed out but in the end he was too good a man to ever hope to clean the UK. Teresa May, probably the interrogator in history worn me down with repetitive lies and nonsense speak but Jeremy Corbyn bought me packages of good well and hope that the torture might end soon. He managed to expose the lies, he managed to burn the policy of austerity but like all of us he would fall at the wall of Brexit. His failure was not knowing he could overcome that while his own men fought against him.

So we come to the end and the man you finally broke me. One Boris Johnson, I give up, you can have the information you can do what you like. All I want is to be left alone. No more voting, no more campaigning or trying to convince people you and your kind are evil. Sure I’ll still moan but you have broken me as a political person.