It won’t happen but if it did this is what it would be. 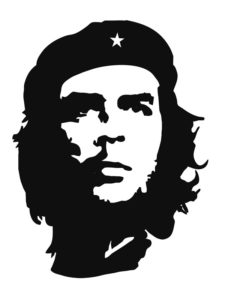 1. On day one of my leadership I will expel Tony Blair, David Blunket & Alan Johnson amongst others
2. I will create a political contract of what is expected of Labour party MPs both past & present. Each MP will be required to sign the contract or leave the party.
3. I will construct tighter controls of internal documents and restrict the flow of party information to 3rd parties who’s aims are to discredit the Labour party.
4. Out of government I will hold the government to account on day to day events and expose their failure to deliver on promises made. This will include a dedicated monitoring service designed to keep account of these promises & the dates of delivery or achievement. This will form the body of my PMQs each week.
5. I will manage the creation of a tight manifesto restricted to what can be achieved in a 5 year term of government. The content of the manifesto will be decided by the members and trimmed down by the NEC before being signed off by the leader’s team. Lobbying against the manifesto will bring disciplinary action.
6. I will see the appointment of a membership coordinator to deal with complaints & questions arising on a day to day basis. The job of the coordinator will be to defend our members and expose false claims against them. The leader will be be involved or remark on membership matters.
7. I will not abandon the principals of the 2017 election manifesto, although it will be trimmed down and wishes will be removed. Where possible all spending plans will be fully costed and impacts of the manifesto will be determined on structure of impact.  Voters will be able to see exactly what they are voting for and how it will affect their lives over the term of gov. The will be monetary gainers and losers, it’s up to the party to convince the losers of the benefits if not to them but to the nation.
8. We will continue to campaign for workers rights but also we need to accept the world has changed. This means forging a new process to deal with industrial disputes. No longer can strike action be seen as an option, it doesn’t work. The concept of a person removing their labour in protest should remain but no longer be seen as a blunt weapon to be used on public services. We will bring in a joint worker/business department to resolve disputes quickly & fairly. The department’s aim will be to ensure as many jobs are maintained & salaries are fair. This may mean a looser relationship with trade unions and a change to their voting rights. Over time the party will also reduce the amount of money it accepts from unions, this will mean membership fees may increase slightly.
9. Our foreign policy will be one of constructive friendship to those who share our values & objectives for the world & it’s people. We will not trade with those countries who use their military against their own citizens or other countries. We will support the Palestine struggle in seeking a two state solution that is fair & just. The first step of which should be the withdrawal of Israeli people from Palestinian lands in accordance with the UN mandates. Palestine should then go though a process of demilitarisation under secure governance of the UN control. Trident will not be replaced but 50% of that intended budget will go into rebuilding our armed forced.
10. Our green plan will continue to advance and the Green party will be invited into the affiliation with the Labour party. The structure of this agreement to be determined ongoing.