I didn’t want to leave the EU before David Cameron asked the question. I was more or less happy with the positives membership offered like freedom of movement. I wasn’t too happy with talk of an EU army or the way the EU has changed from being a simple idea for trade & collaboration to a fully blown parliament with powers over me. And even though that change was reinforced by the UK having no real representatives working within the EU it didn’t really bother me enough to become a UKIP member or anything like that.

Then the question was posed and I was forced to face these things. I understood the referendum was an important decision and so in order for me to make an informed choice I needed to face the concerns I had while also doing some research in this whole EU project.

While other people quickly went to tick the boxes offered by the newspapers & politicians on immigration, the NHS and sovereignty I dug deeper and found I had always been honoured by the sound of constant drumming from those who had always been against our EU membership. In the past, I have always defended the EU when the subject came up but as I said before, concerns about where the EU was heading were also crossing my mind so 100% could never be achieved. As I say, less than 100% was fine if I looked at the positives on the surface but now I’m being asked: “Are the UK better off inside the EU out outside the EU”. 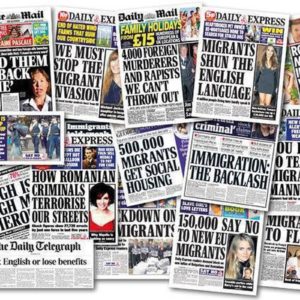 My only option was to break it down to how this affects the people. On the one hand, things work fine but on the other, they could work a hell of a lot better – that must be right because if it wasn’t why has every MP blamed the EU for something at least once? I quickly came to the conclusion that, the problem wasn’t with the EU. The problem was with the UK and the way we treat out membership with the EU. 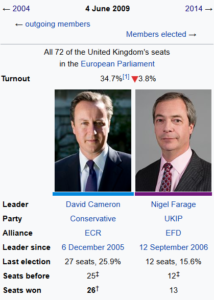 So now let’s ask that question again – “Are the UK better off inside the EU out outside the EU”.  My response was no, not because I wanted to leave the EU but because we were really never part of it. So let’s look to see if my decistion was justified. Since the result what have we seen?

This sort of dishonesty & currupt practices would never have happened 30 years ago. It’s my opion being a member of the EU has had the side effect of attracting the worst kind of tallent our political structures. People who after the vote think nothing of treading all over the democratic vote and even plot against their own parties to get their way. This is rather suprising concidring they are struggling to keep something they didn’t fully understand or fully wanted to support only two years ago. Where were the demostrations outside parliment for the EU before the referendum? where were these MP when the Daily Mail & the Sun were telling us about bent bananes? nowhere because back then they didn’t care about our membership. To most of the the EU where just tools to be used when they could and abuse when it suited them. My vote to leave was fully justified by their behaour. We should leave and then perhaps one day come back as real partisipents not leeches.