For sure the EU will not willingly go for this unless if the UK just want to use it to give them more time to prepare to leave. So you have offered the EU something in return. But this does give everyone breathing space and assurance to business that we are not about to fall out of the EU with no methods to cover what we will lose. As for the EU, the promise of going back to the public might be enough to force it though.

Step two. Work with the EU. 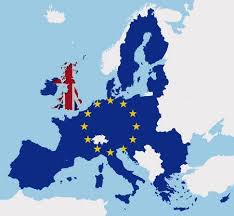 While the EU work to convince the UK it would be better to stay, the UK can work with the EU to change if possible, but also to determine a safe reasonable method and timeline to enable the UK to leave the EU. Perhaps the separation of methods and systems can be implemented making the EU more flexible while giving the UK autonomy in some areas. A typical place to start might be immigration. Naturally, these changes might have to trade but as long as neither side lose out if should be possible.
For example (and this is not a suggestion); Freedom of travel between UK & EU is possible on the basis of that travel period lasted less than 3 weeks. And for workers perhaps in exchange for full control over visas to work each person that came to work in the UK had to pay a percentage of tax back to the country of nationality. This can be built on to a point where the UK leaving the EU is reduced to a minimum of policies and procedures and a lot of these can be agreed and implemented quickly even without the UK leaving the EU. Making the final departure less in whole and substance while at the same time perhaps building more trust.

Whoever is in government can finally take the intended plan back to the nation. But, not in a referendum – in a general election. This would be needed to show the public the party are fully behind leaving the EU as already decided in the EU referendum. Naturally, any other party can go into that election advocating the plan or giving their own reasons for not leaving the EU.
Part of the preparation for the election would be at least 3 months of TV shows outing the details of the withdrawal plan together with its benefits and weaknesses. This should include what the EU does and how it works, why it does what it does.

Based on the election result.